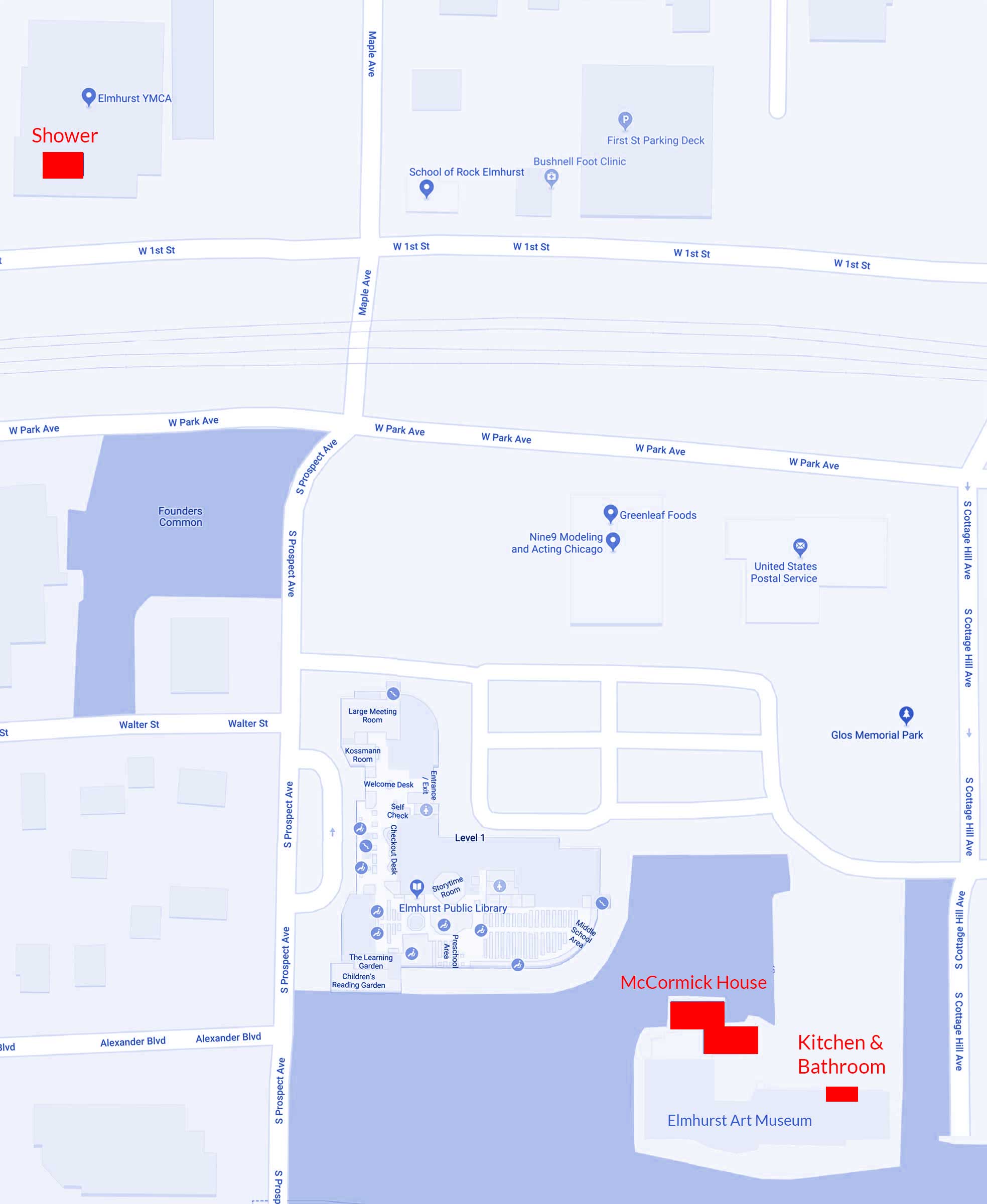 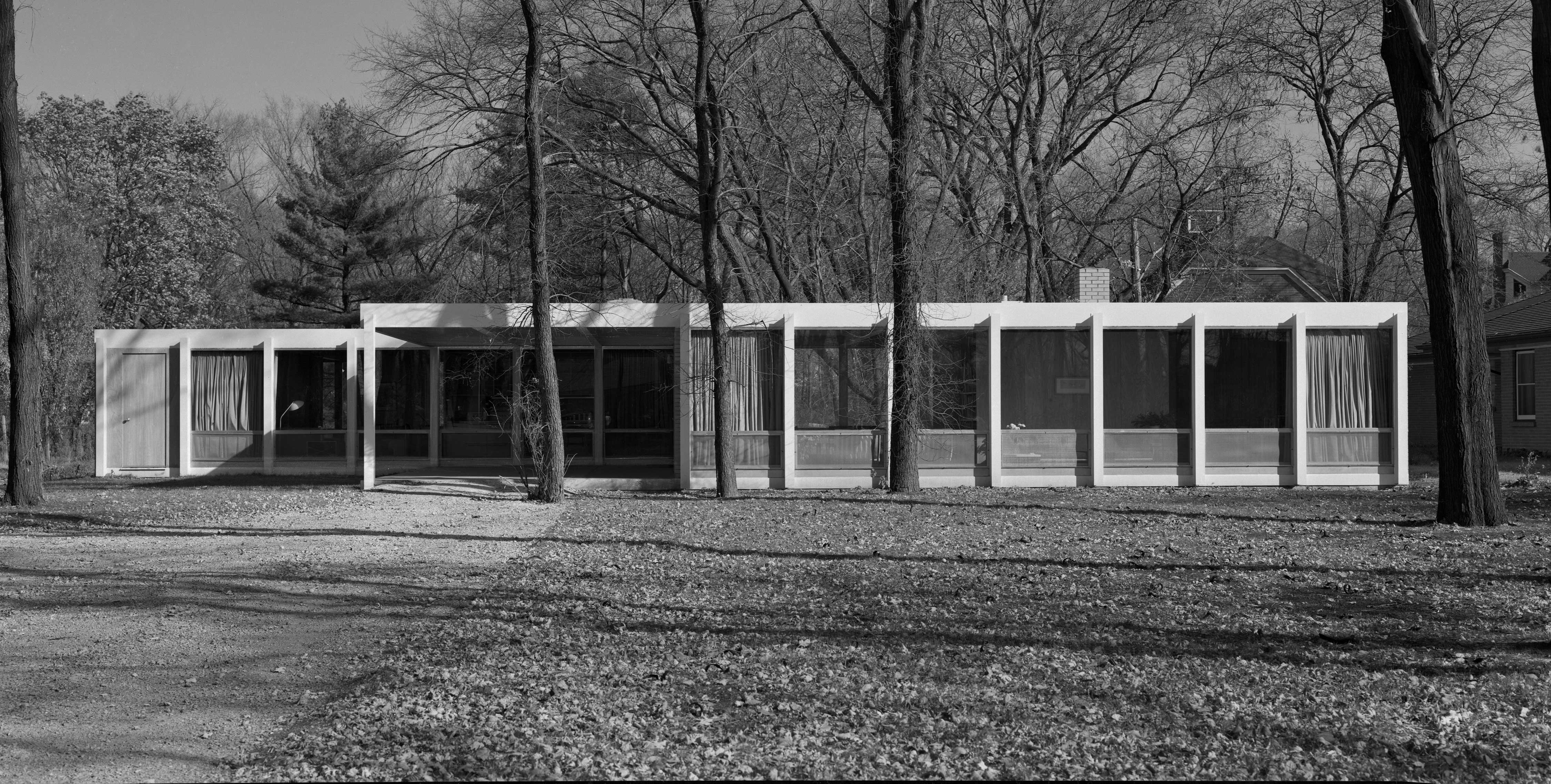 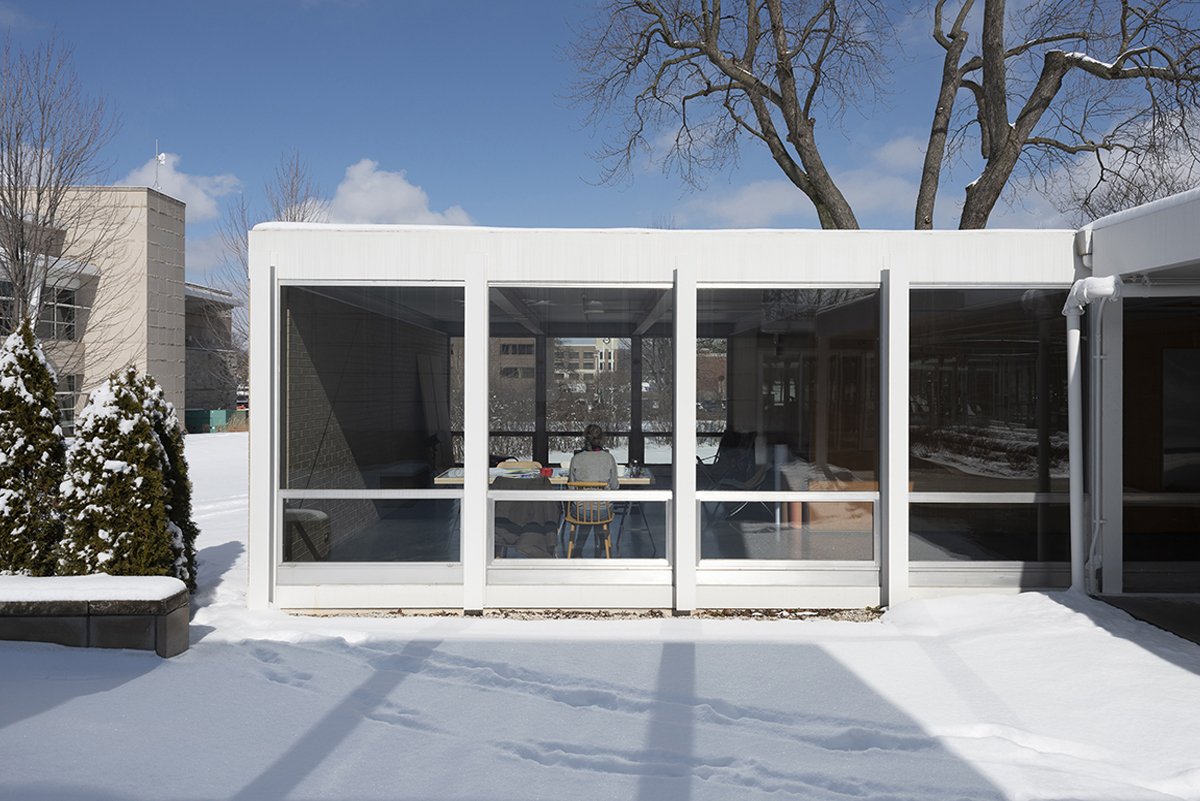 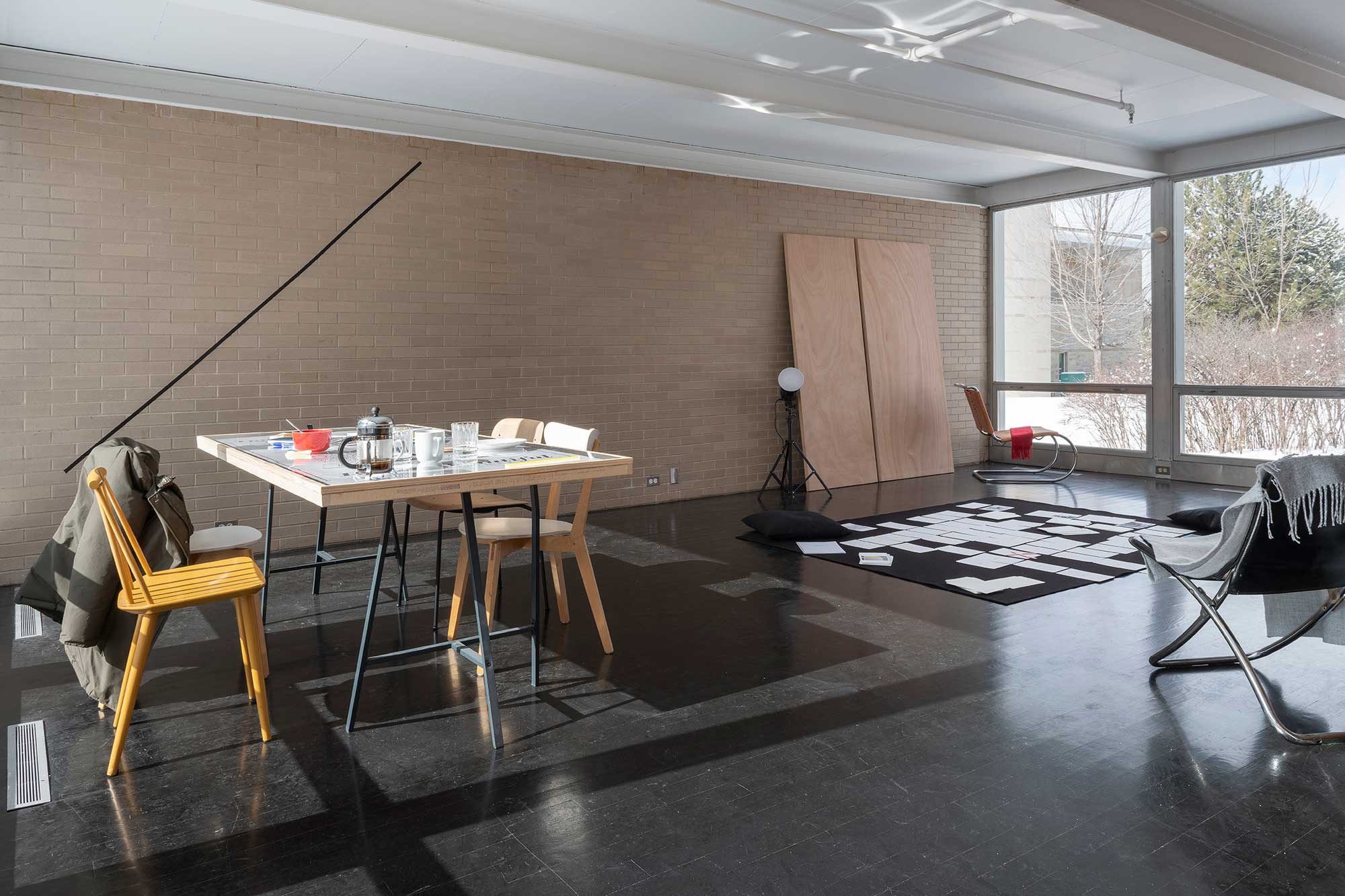 Installation view; objects and furniture were provided by the artist except for the loaned MR chair; photograph: Jim Prinz 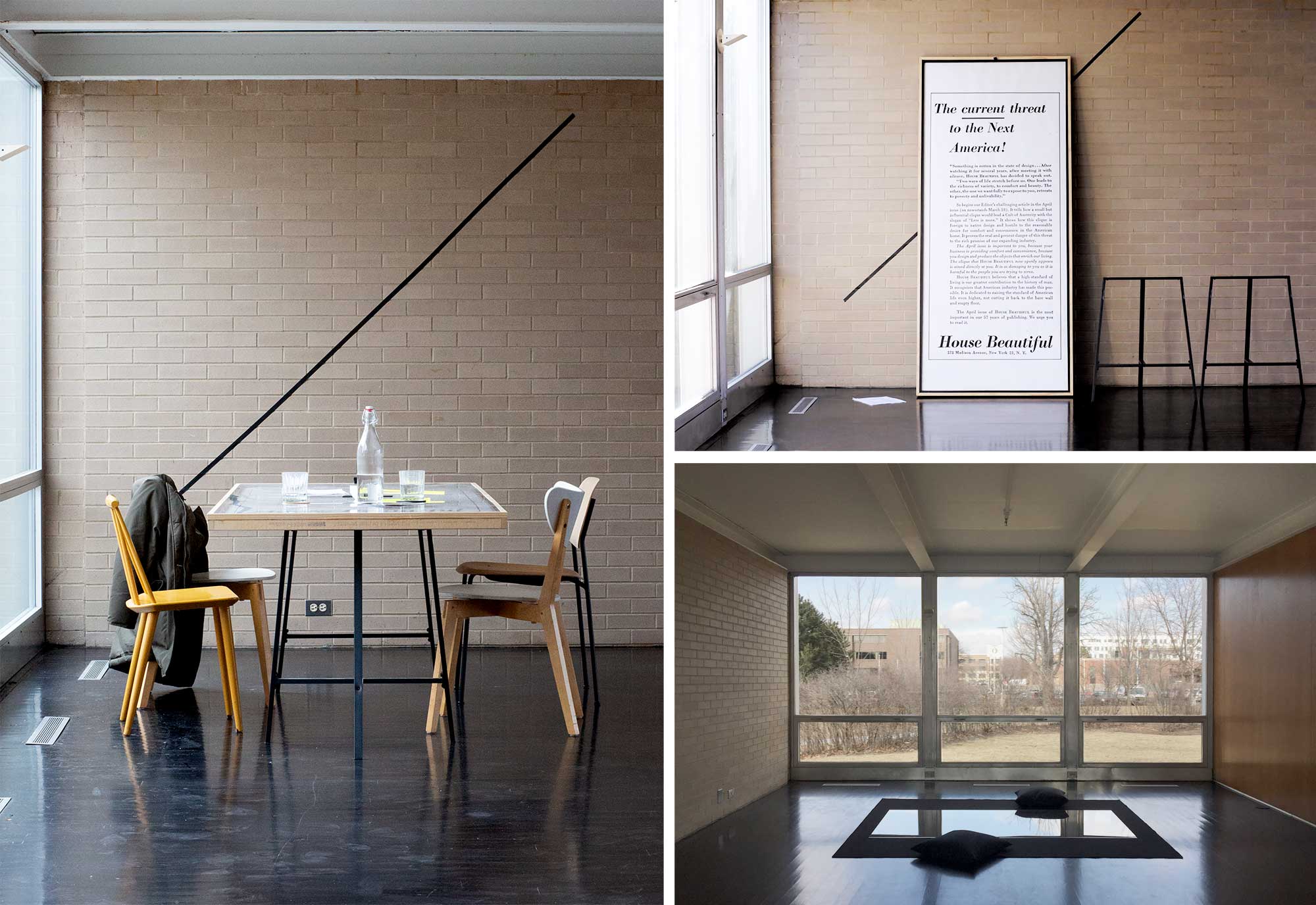 The roles of objects were fluid, moving between furnishing and art, accommodation and improvisation 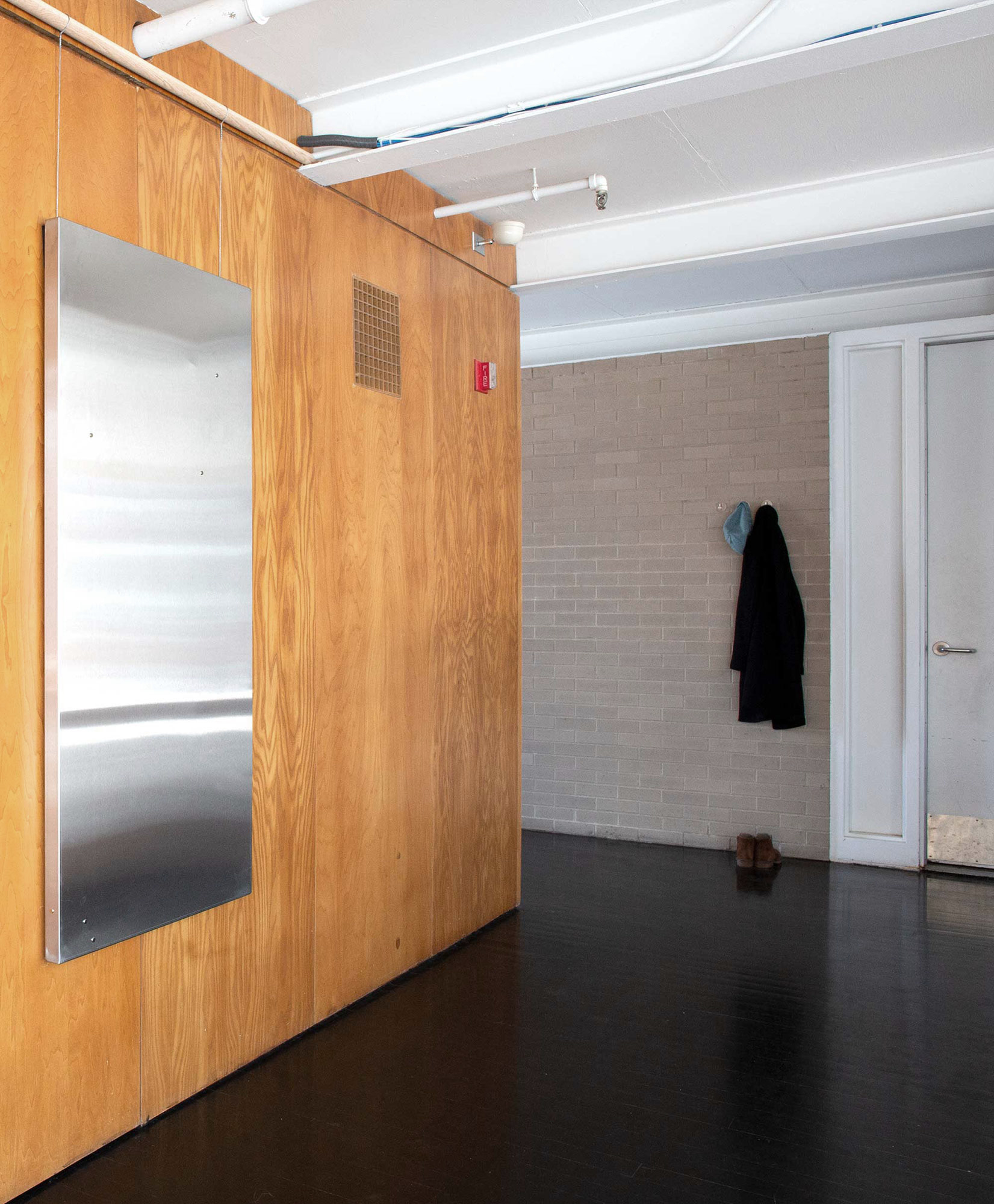 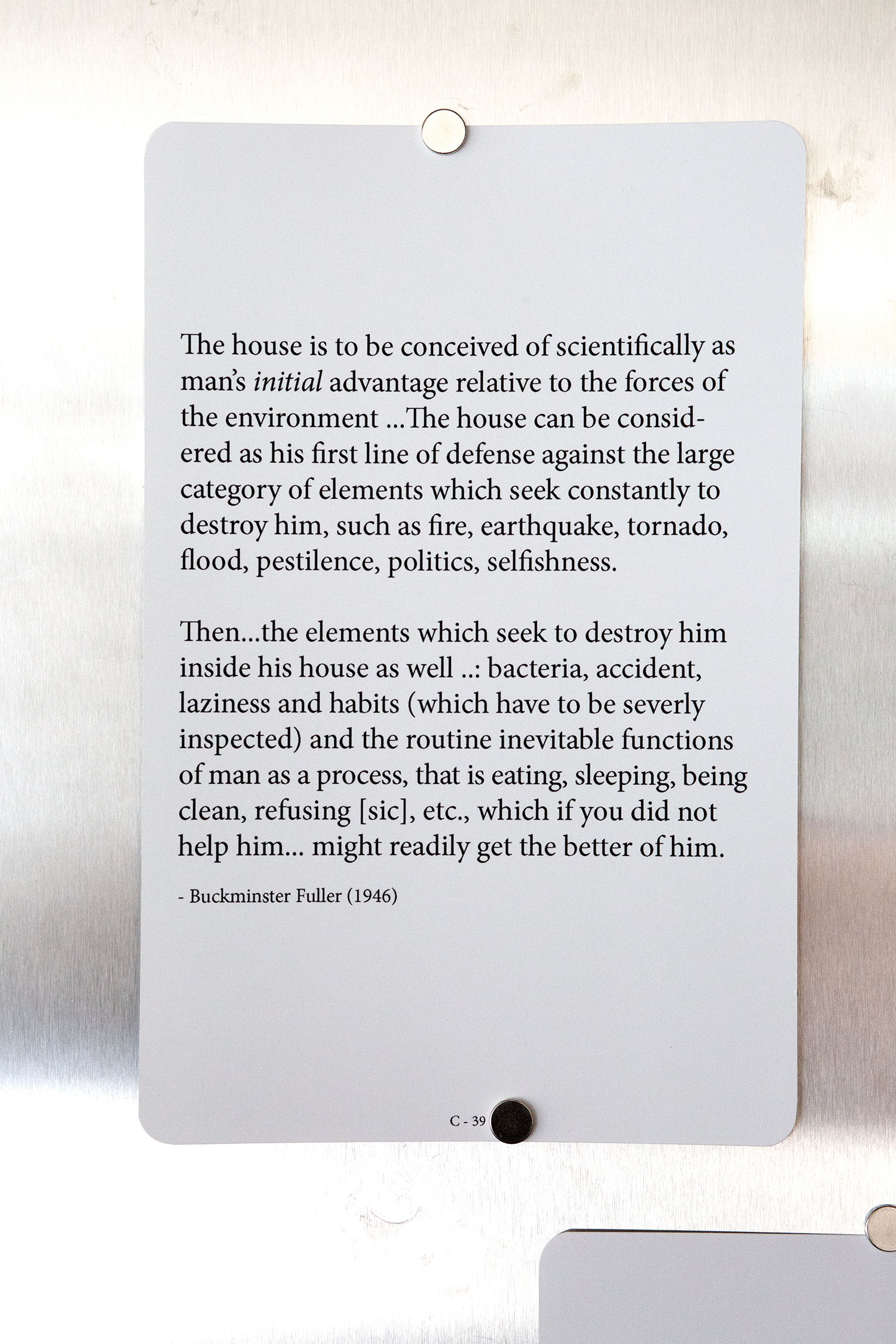 Card from the Exquisite Corpse card set, posted on the Untitled piece 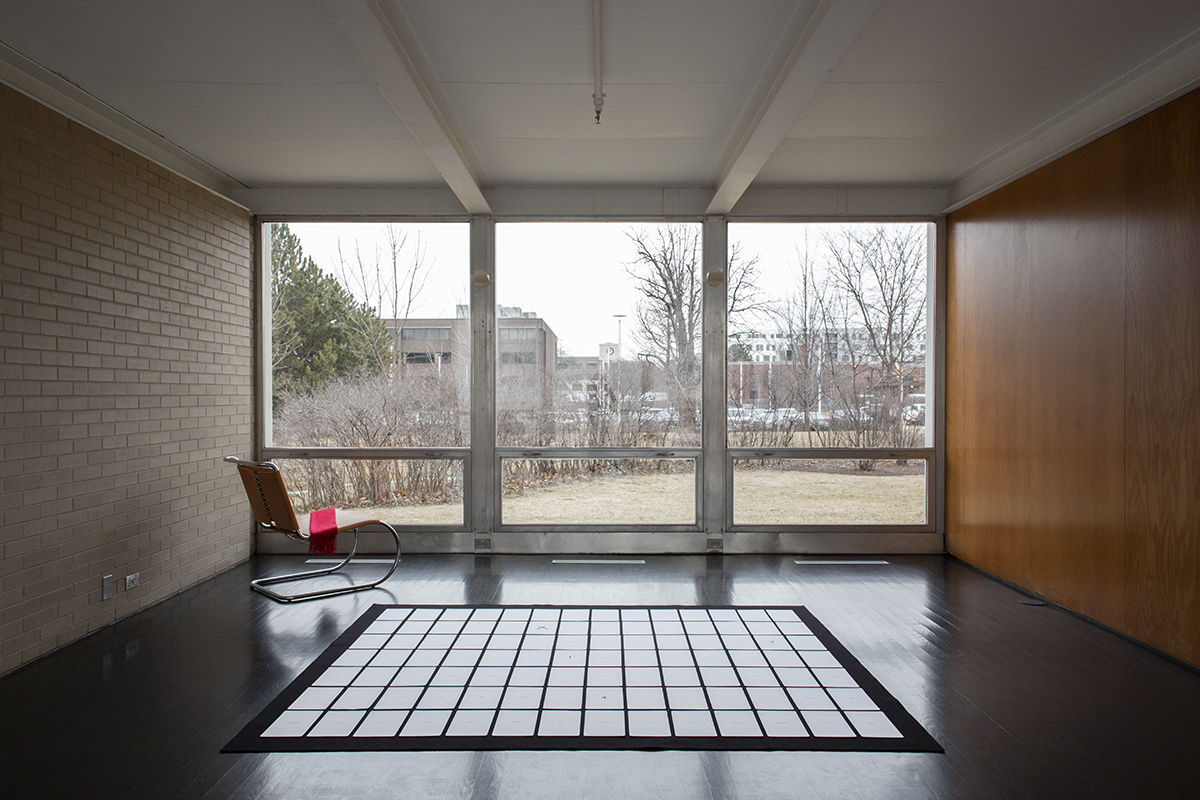 Exquisite Corpse, a 260-piece card set specifically created for the house. It consists of four categories: House, Social Contexts, Ephemerals, and Discourse; the photograph shows the Discourse cards laid-out in a grid 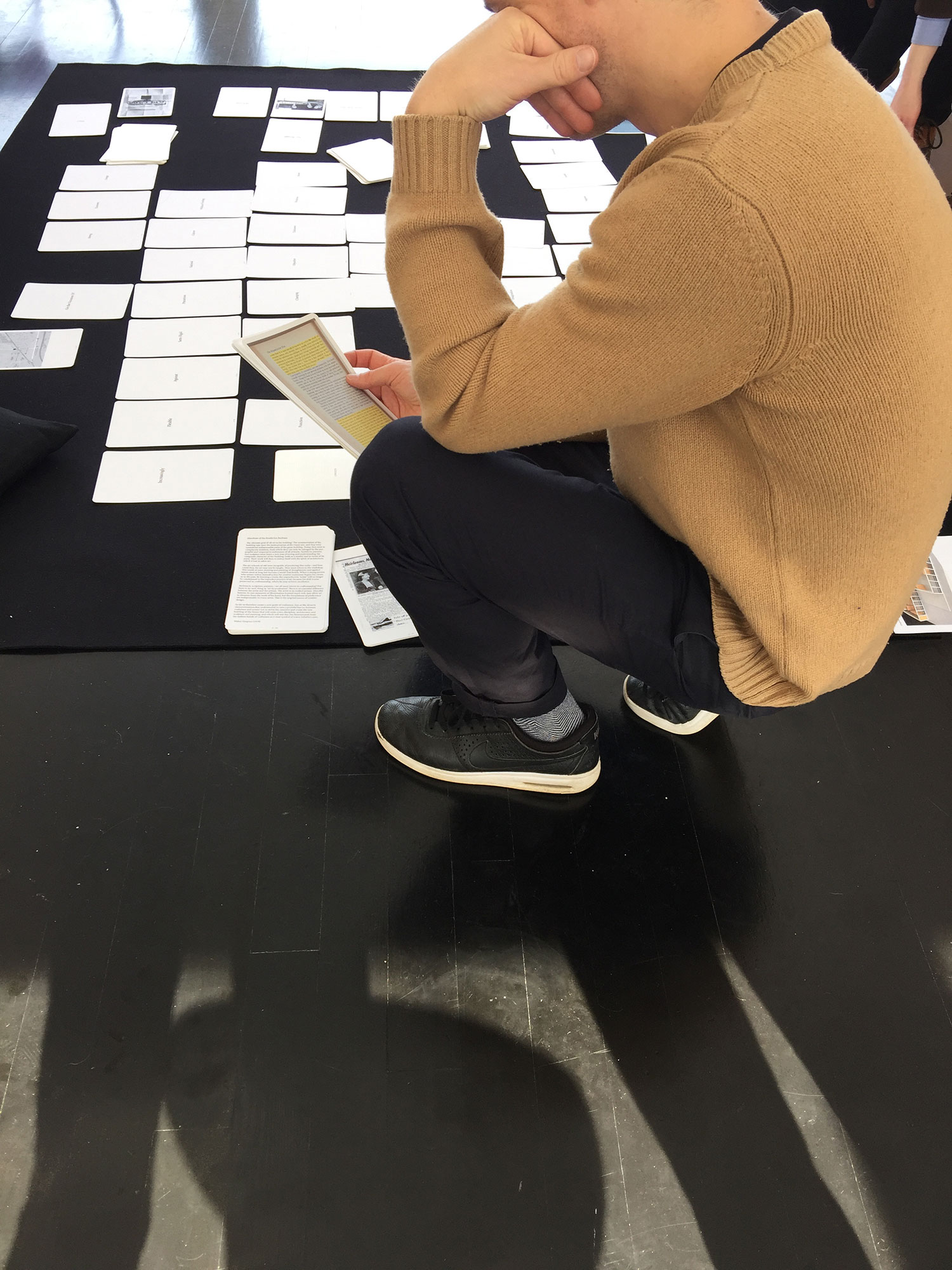 Museum visitor engages with the cards 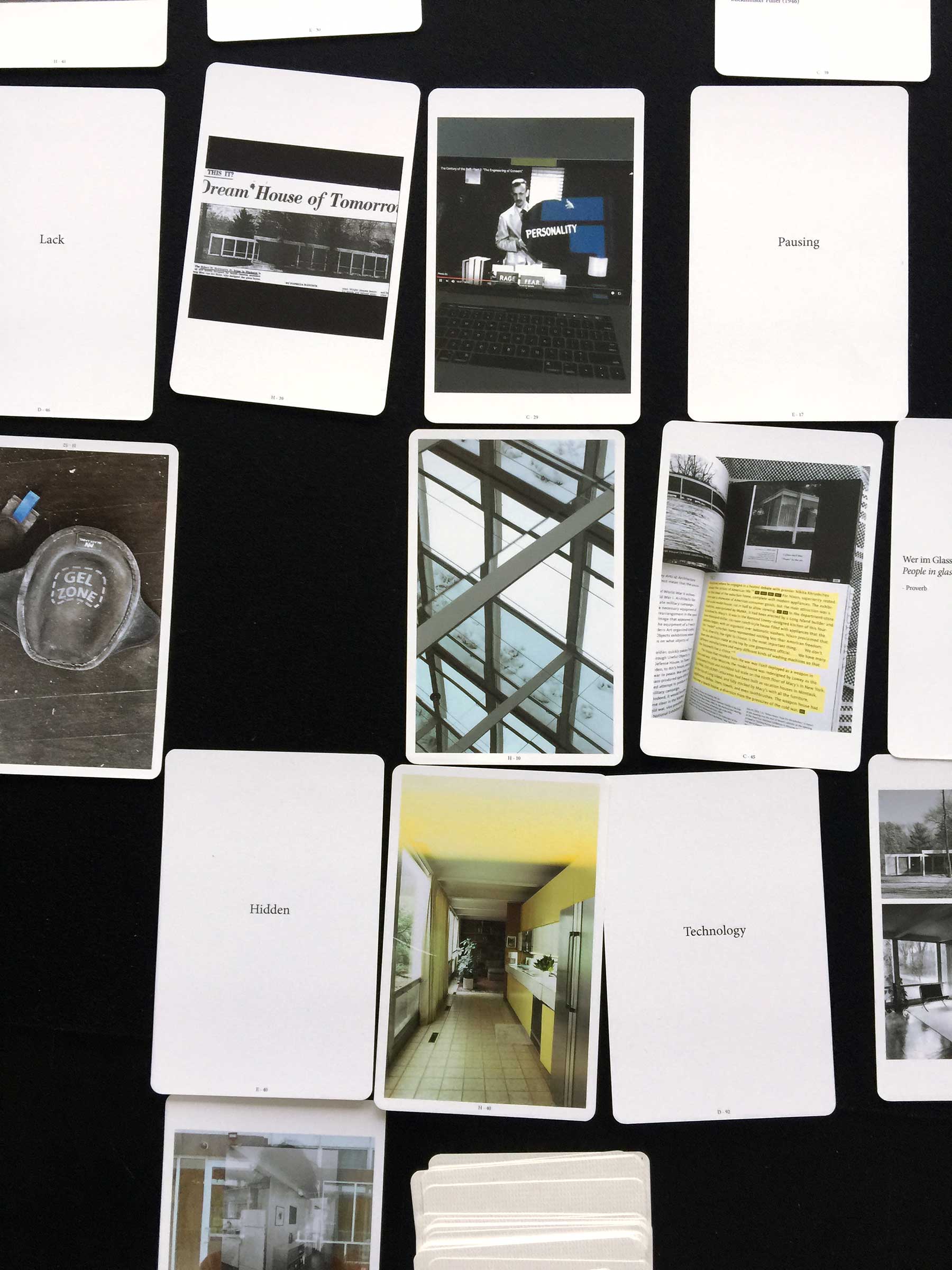 Card arrangement left behind by visitors 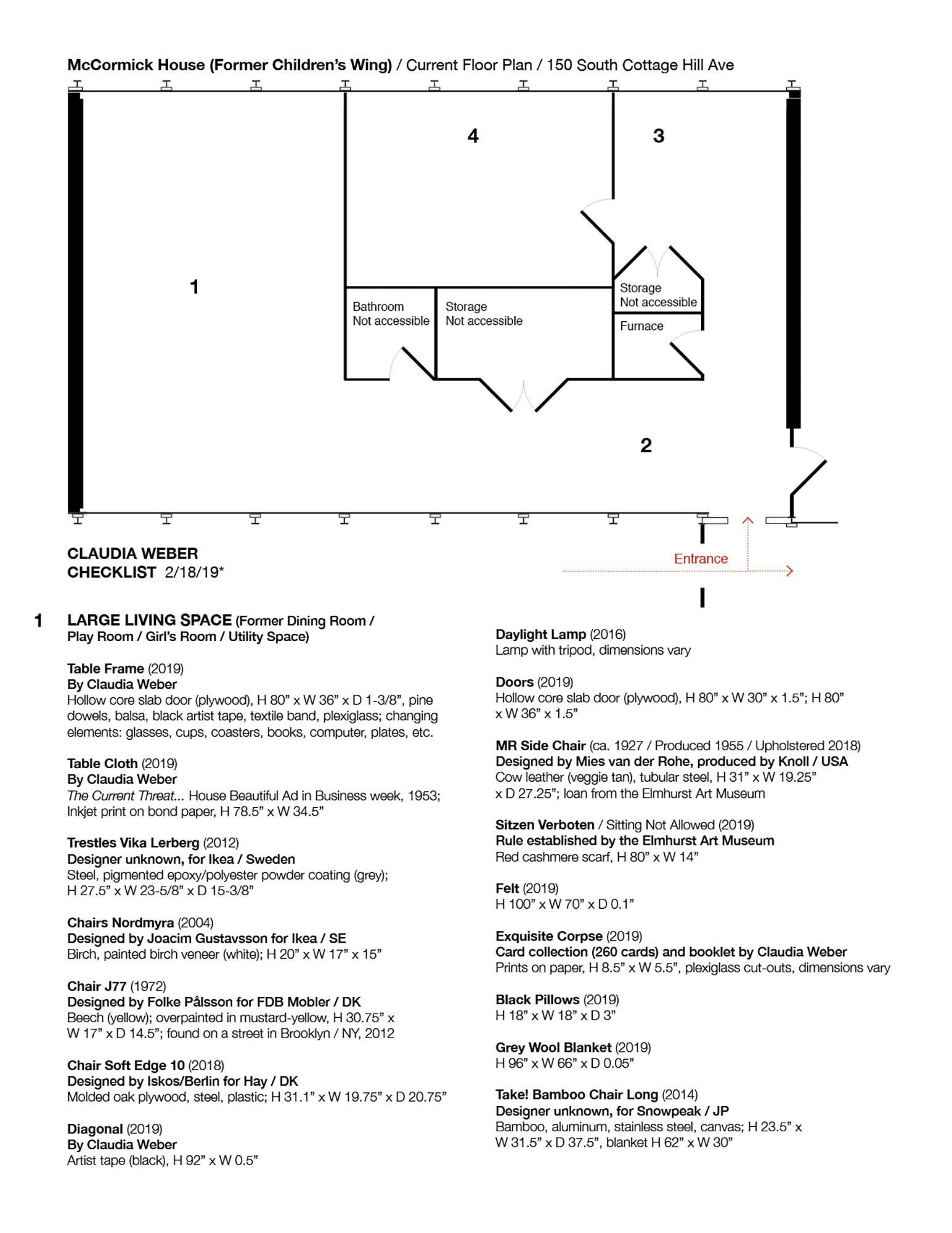 A checklist provided visitors with information on all elements that the artist had installed in the house (since the installation changed over time, the check list was regularily updated) 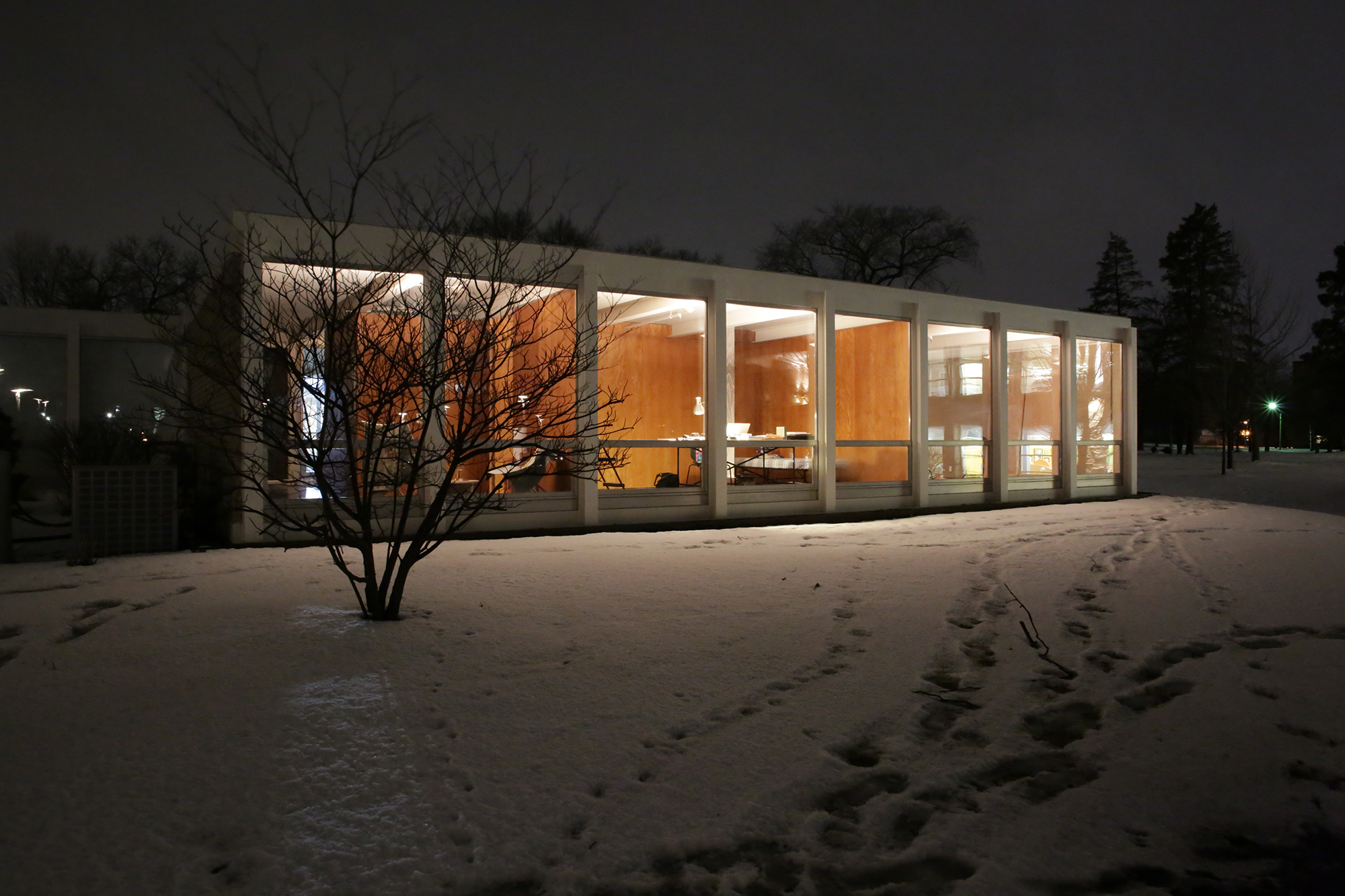 The McCormick House at night with the Children's Wing illuminated

Robert Hall McCormick III commmissioned Mies van der Rohe in 1952 to build a prototype for affordable prefab housing in Elmhurst, Illinois. More than 40 years later the house was purchased by and incorporated into the Elmhurst Art Museum, first as an office and later as an exhibition space for contemporary art and design exhibitions.

In 150 South Cottage Hill Ave the artist moved into the McCormick House for the duration of the exhibition to temporarily collapse the role of the museum with that of a home and to study how this act would impact the discussion of and relationship between art, architecture, politics and life. The project featured a series of events and salons including presentations by art historians Leili Adibfar, Nicoletta Rousseva, Chris Reeves (PhD candidates / UIC), and designer Norman Teague, as well as a performance by artist Julietta Cheung. Textile works by Kate Park and sound works by Olivia Block were included in the temporary interior of the house.

For further information and materials: