A small publication distributed at the closing weekend of the exhibition 150 South Cottage Hill Ave. 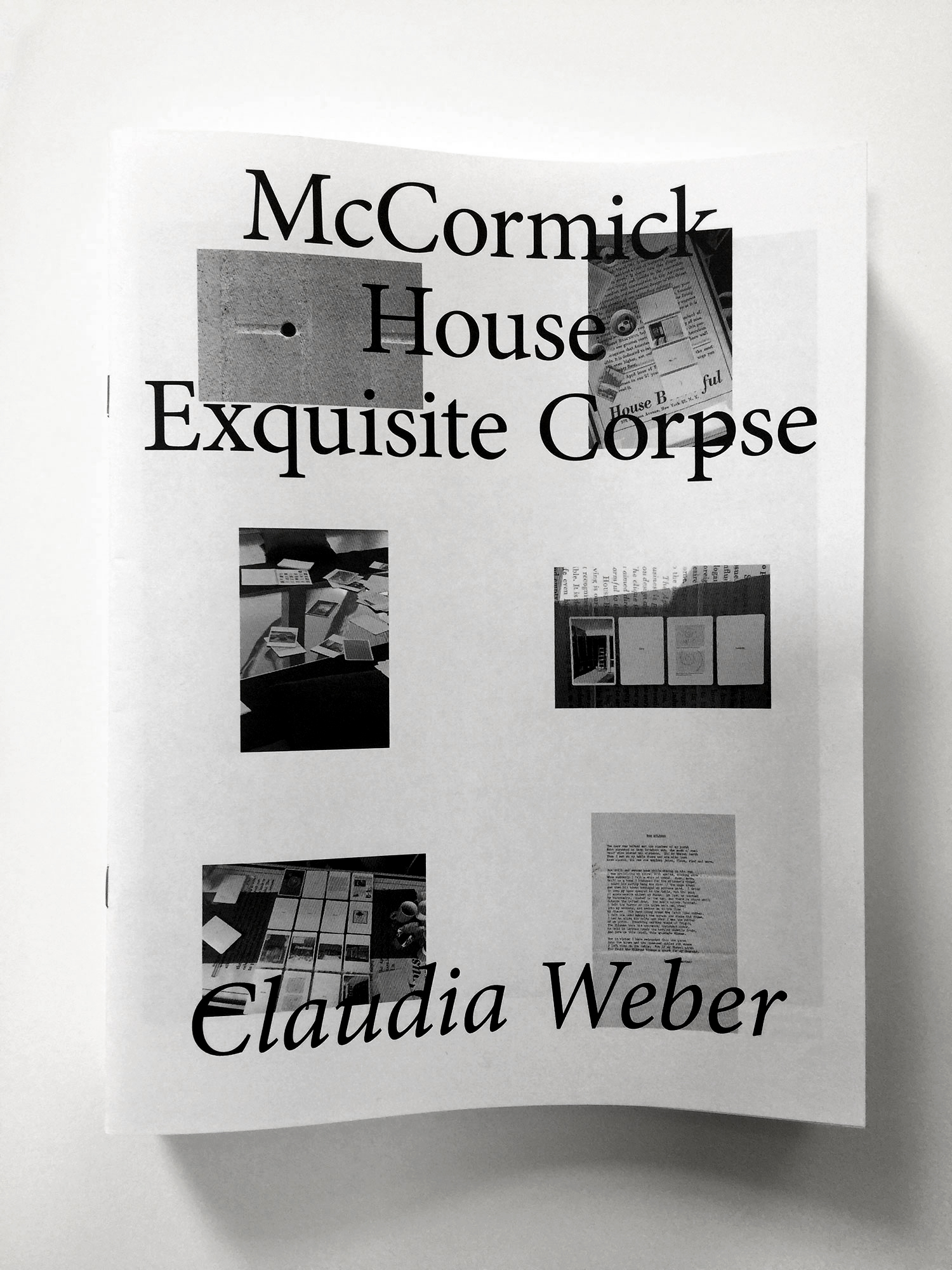 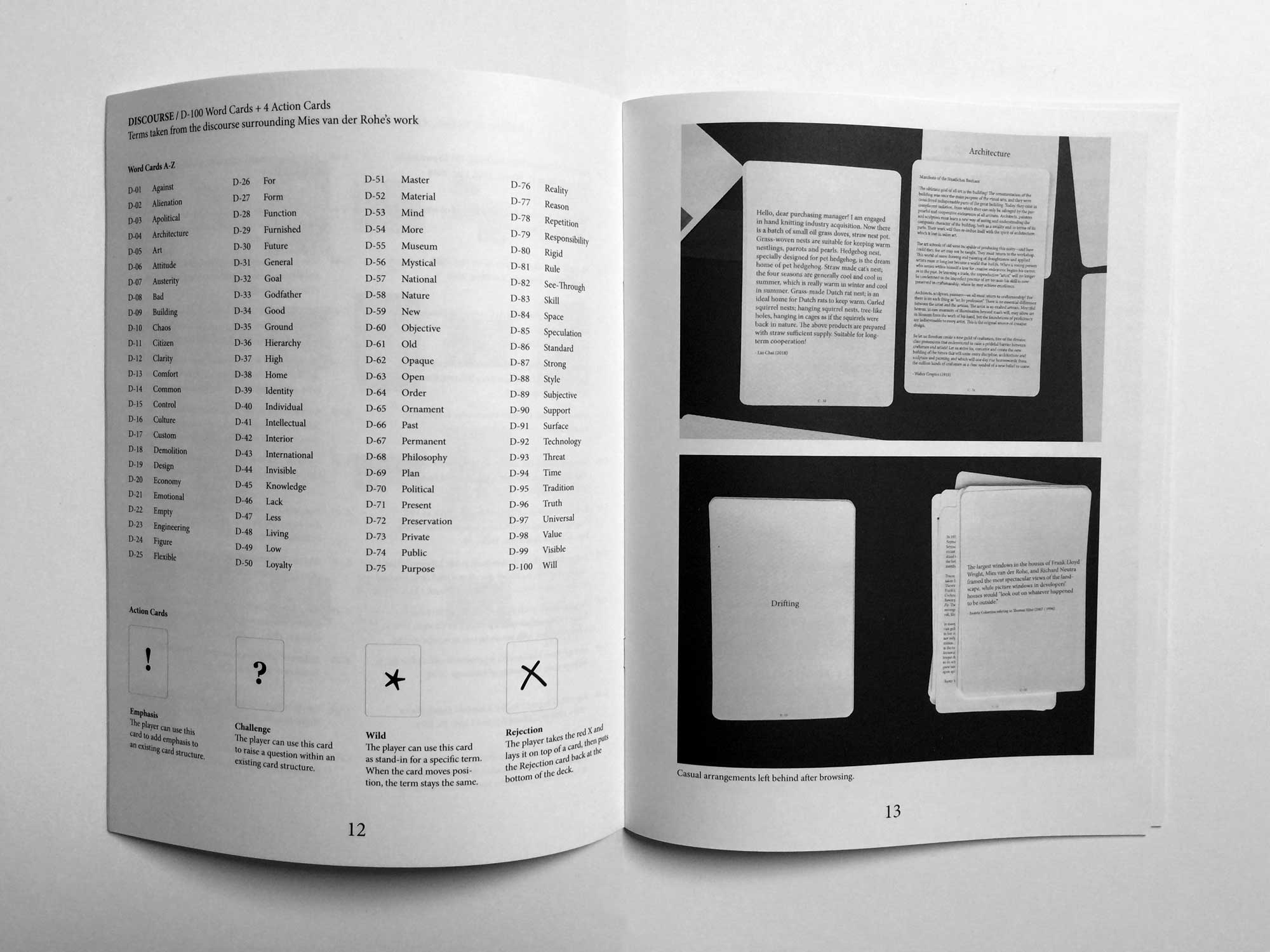 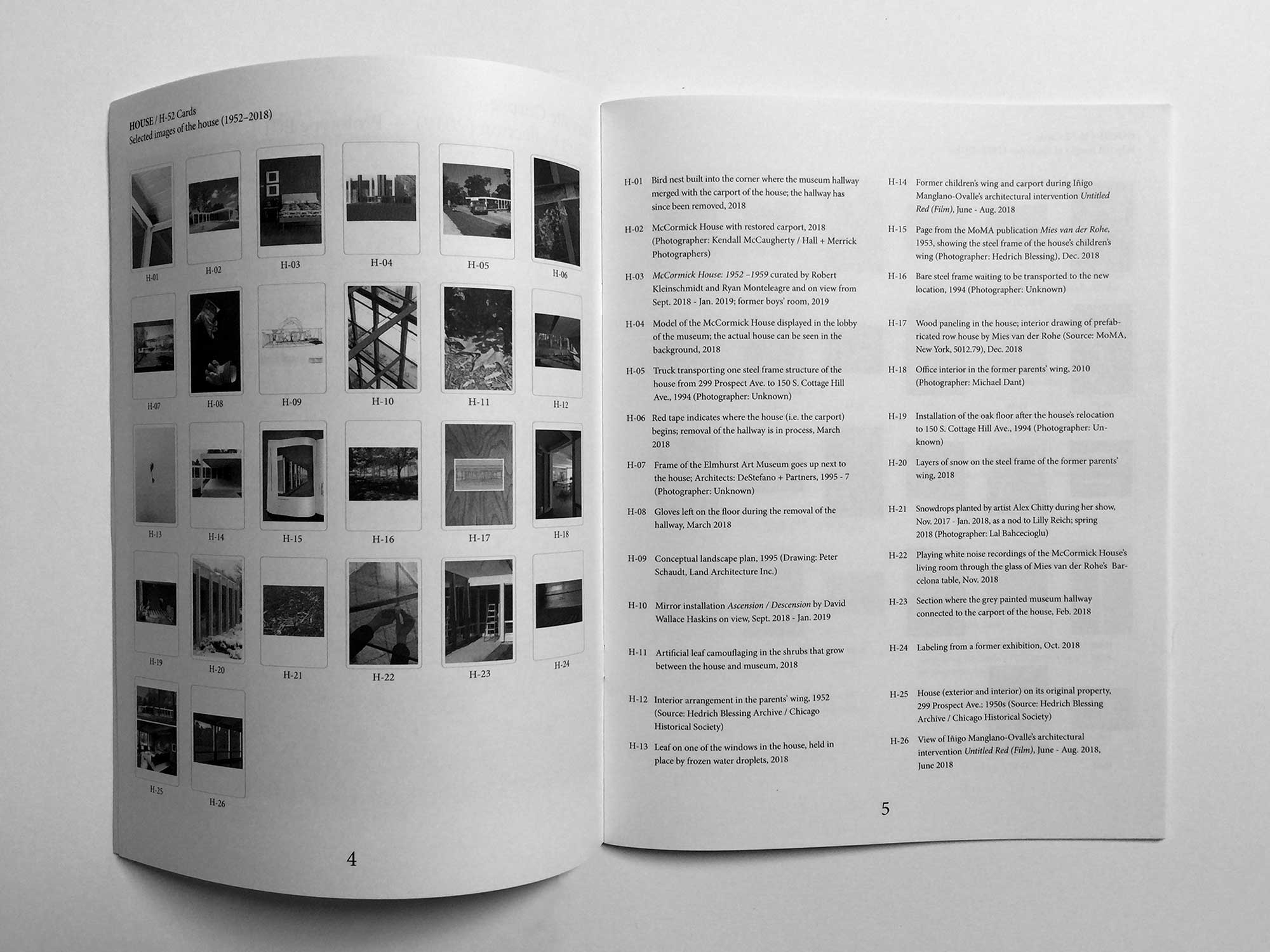 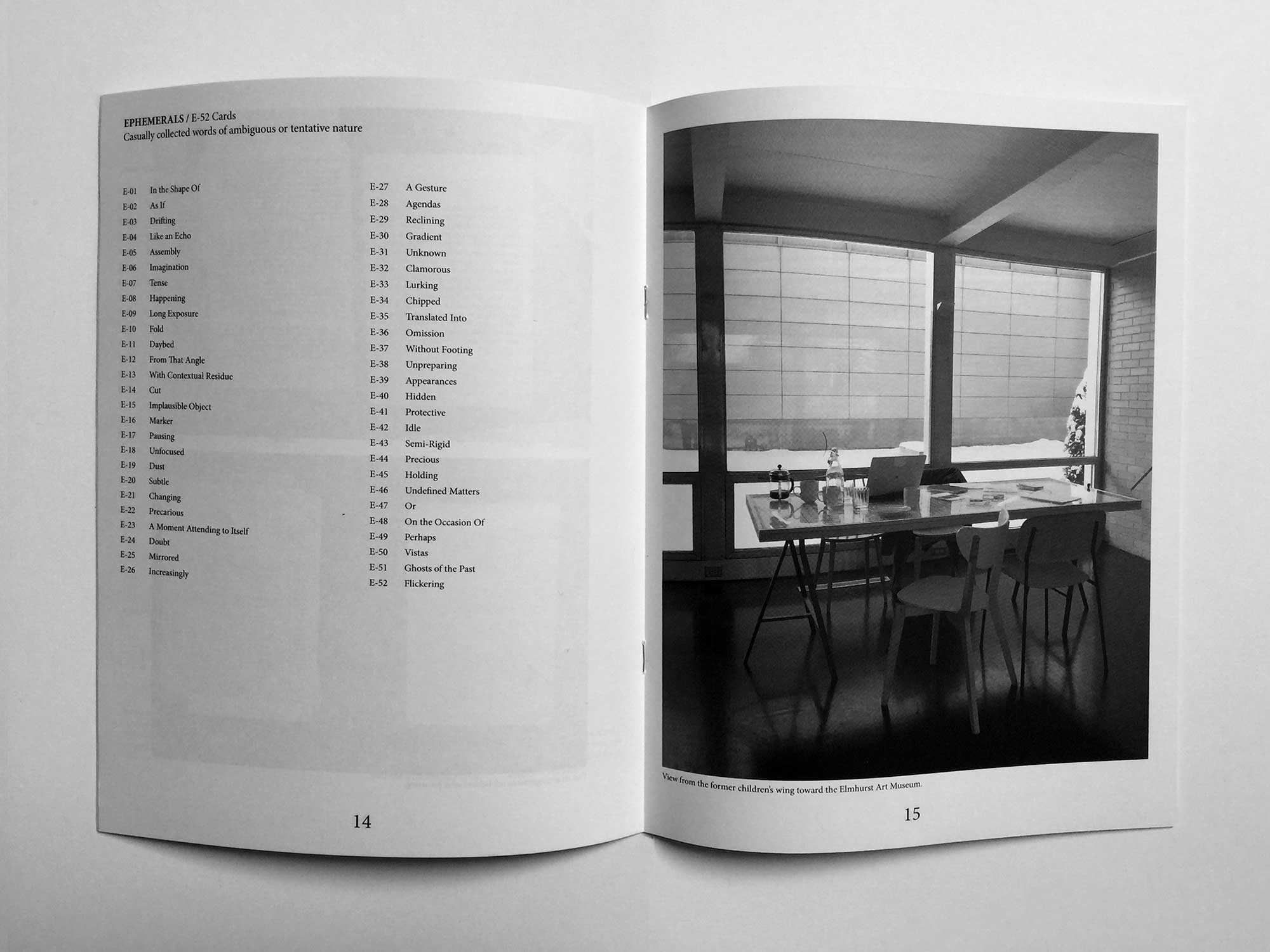 For the relocation of the McCormick House from its original property to the museum site, the structure was cut in half, put on two trucks and moved. When the house was placed on its new site, it was also turned 90 degrees. The reconstruction, which included both original and new materials, did not follow the original floorpan.

This reshuffling, removal and addition of the house’s parts recalled a game that the Surrealist played in the mid-1920s: Cadavre Exquis. In this game a player draws a part of a body onto a paper, folds it to conceal the drawing, and passes it on to the next player. At the end of the round, the paper is unfolded and the body—exquisite in its random outcome—revealed.

With this game in mind, I created a card set that considered the McCormick House itself as an Exquisite Corpse, with accumulating changes by different parties over time. The cards, organized into four categories—House, (Social) Contexts, Ephemerals, and Discourse—featured images and research that not only addressed the work of the architect and the life of the residents, but also the societal shifts in the US since the 1950s as well as the house’s change of location and use. Visitors could interact with the cards in a variety of ways, including browsing, associative pairings or structured games. Each combination thus offered a different narrative and added a new facet to Ludwig Mies van der Rohe’s prototypical home.

The result is a documentation of the Exquisite Corpse card set and museum visitors' engagement with them.